The Stores That Have Been With Us From The Very Beginning

We recently shared the exciting news of the stores, restaurants and entertainment venues coming to Easton over the next year, but we also wanted to take a moment to celebrate and nod to the ones who have been with us from the very start. Did you know the following Easton tenants have been with us since we were founded in 1999?

Back when Abercrombie & Fitch first started, they were known as the world’s finest retailer in luxury sporting goods. Presidents Theodore Roosevelt and John F. Kennedy were both financial supporters of Abercrombie & Fitch, along with Amelia Earhart and Ernest Hemingway. The store has been a long-time favorite, not only at Easton but worldwide.

Adobe Gila’s is a southwestern style restaurant with only two locations in the country, and we are so glad that they chose Easton from the beginning!

Aldo has stores in 95 countries and counting, with a strong presence in the Middle East, Latin America and parts of Europe. Aldo is one of the most recognizable stores within shopping centers today, including Easton.

Kick up your feet, order from the dine-in menu, grab some popcorn and enjoy a movie you’ve been dying to see! AMC Easton 30 is one of the few participating theaters that offers a dine-in menu, from loaded bacon tots to boneless wings!

Grabbing a pretzel is a memorable part of the shopping experience, no matter what age you are. Auntie Anne’s began in 1988, and the name was a no-brainer since Anne had 30 nieces and nephews.

Banana Republic is one of the most long-standing and recognizable clothing brands across the country and at Easton. The company was first created to recycle surplus military clothing and restyle it in a new and exciting way. Now, the company is recognizable for its stylish office-appropriate wear.

Barnes & Noble was an early advocate of letting customers sit around their store without making an initial purchase. The creator of the store intentionally put in benches, phone booths and bathrooms to encourage people to come in and relax. Armchairs and coffee were later added as well. Since 1999, Barnes & Noble has been the perfect place to grab some coffee and relax at Easton.

Bath & Body Works has been drawing the noses of Easton shoppers since the very beginning. Each year, the company creates 200 new scents to potentially fill its stores.

They say that shopping is a form of cardio, so no wonder you’re so hungry afterwards. Brio Tuscan Grille is an Italian cuisine favorite at Easton. For the last 20 years, this restaurant has been satisfying the hunger of avid shoppers. Brio is also one of the best seats in the house to watch a Sounds on the Town concert! Be sure to make a reservation to enjoy live music while you dine!

“Drive, drive on down the field” and to Easton to purchase Buckeye gear and show your support at the next game. The largest crowd for an Ohio State game was on November 26, 2016, when 110,045 fans watched the Buckeyes beat Michigan 30-27 in double overtime.

Since 1999, Buckle has been one of the top denim destinations for Easton shoppers. With over 20 denim brands and extended sizing, multiple fit options and diverse dark or light washes, there is a pair of denim for everyone.

Cheryl’s has been settling the sweet tooth of our shoppers for 20 years, with cookie fan favorites like the classic buttercream, special holiday cookies and even gluten and sugar-free options.

Chico’s was founded in 1983 and originally sold Mexican folk art. The founders then completely pivoted the business to become a clothing retail destination and has been serving rich colors and bold prints to Easton shoppers since 1999.

100,000 avocados are used in Chipotle’s guacamole each day. Burrito or bowl? Chips and guac on the side? Chipotle has been asking Easton shoppers the hard questions since our start in 1999.

Eddie Bauer, established in 1920, was one of the first retail stores to offer an “unconditional” policy, promising customers outstanding quality for a lifetime. Eddie Bauer’s mission of customer satisfaction still strongly remains today and is evident within our Easton location.

At Easton, we are proud of our Columbus roots. Stop by Experience Columbus to get filled in on all the restaurants, activities and events within our exciting and energetic city.

Since Fado Irish Pub opened at Easton in 1999, they have been known for their superior Guinness, hospitality and from scratch Irish food. Stop in for Happy Hour or after a long afternoon of shopping.

Foot Locker was started 40 years ago when the only sneakers to choose from were tennis, basketball and running. The store took a leap and began a sneaker collection that offered various models and types. For 20 years, Foot Locker has been offering this ever-changing diverse and trendy sneaker collection to Easton shoppers.

Since 1969, Gap has been known as a classic American clothing brand. Even after 20 years, Gap remains a shopper favorite at Easton.

In the ‘90s, schools would contact J Crew’s first retail store to buy rugby shirts in bulk for their athletic teams. Today, J Crew offers a diverse assortment of women’s, men’s and children’s apparel along with accessories.

LIDS is a known leader in headwear and sports accessories. Stop by the LIDS in Easton to get all your Ohio-themed game day accessories and root on your favorite team.

Although we would love to believe that shopping is all the exercise you need, the Lifetime Fitness at Easton has been a prime location for all things health and wellness.

Mitchell’s Ocean Club offers an assortment of menu items, like prime steak and seafood. Since 1999, we’ve enjoyed its impressive dining selections, along with its delicious signature cocktail menu.

Pac Sun has been “bringing the beach” to Easton since we first opened. Pac Sun brings clothing and accessories that are inspired by the culture and lifestyle of California to Columbus.

Did you know that Panera Bread was the first national chain to list calorie counts on their menu boards? Panera was one of the major chains to lead the healthy eating revolution. At Easton, you can enjoy one of their seasonal salads or fruit smoothies.

PF Chang’s prides themselves on making every item from scratch, every day. One of their most popular menu items, the lettuce wraps, are one of the most-copied items in the food industry. Taste them for yourself, along with their other delicious menu items, after a day at Easton.

Starting as a business selling slightly imperfect pottery, Pottery Barn now has hundreds of locations and designs furniture and décor with a wide range of aesthetics and sizes. Easton shoppers have been able to make their home their own with Pottery Barn products since 1999.

Restoration Hardware offers luxury lifestyle items such as furniture, lighting, textiles, rugs, bath ware, décor and outdoor items. Their timeless, classic pieces have been available at our shopping center since we opened our doors.

From the flip phone to the smart phone, Sprint has been at Easton for 20 years. Not only is Sprint a telephone company, but they also offer internet and wireless services.

Coffee and shopping make a good pair, so Starbucks has remained a staple at Easton since our start. At Starbucks, there are over 87,000 drink combinations.

Talbots is a retailer of women’s clothing that has a deep mission to give women the confidence to express their best selves. They strongly believe in positively impacting the lives of women and have been doing so at Easton since 1999.

White Barn Candle’s signature, warm smell has wafted throughout Easton since 1999 and remains a popular destination to pick up candles in White Barn’s famous, signature scents.

Have plans to cook dinner at home tonight? Williams Sonoma has your cookware covered, along with unique, trendy kitchen furniture pieces. 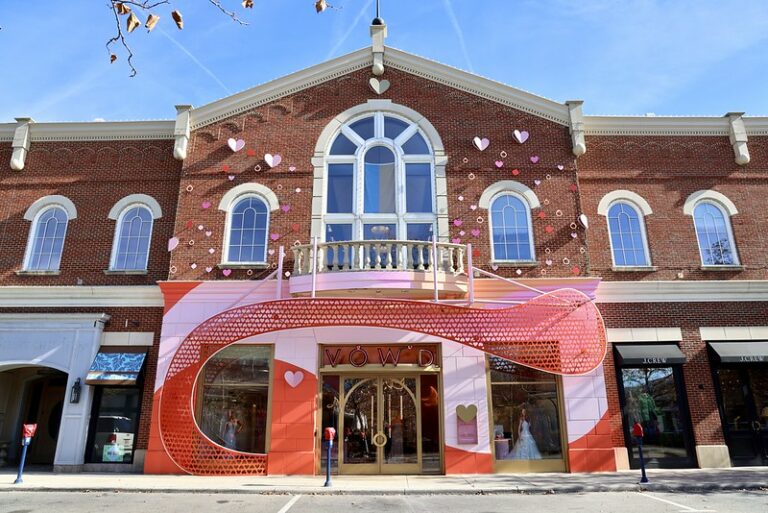 Vow’d is Now Open at Easton

Every bride deserves a beautifully crafted dress at an honest price and a shopping experience that’s uncomplicated and fun. And that’s what Vow’d is all about. 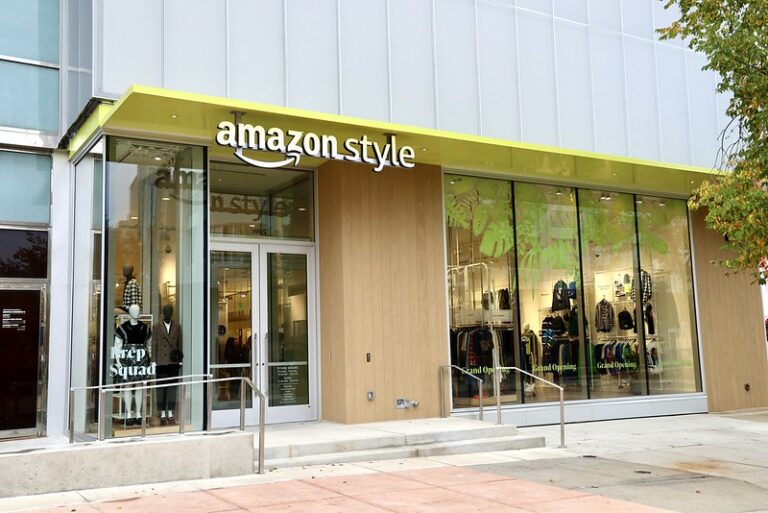 Experience an all-new way to shop for men’s and women’s clothing, shoes, and accessories in sizes XS-XXL. Amazon Style uses innovative technology to help you find looks you’ll love at the same great prices as on Amazon.com. 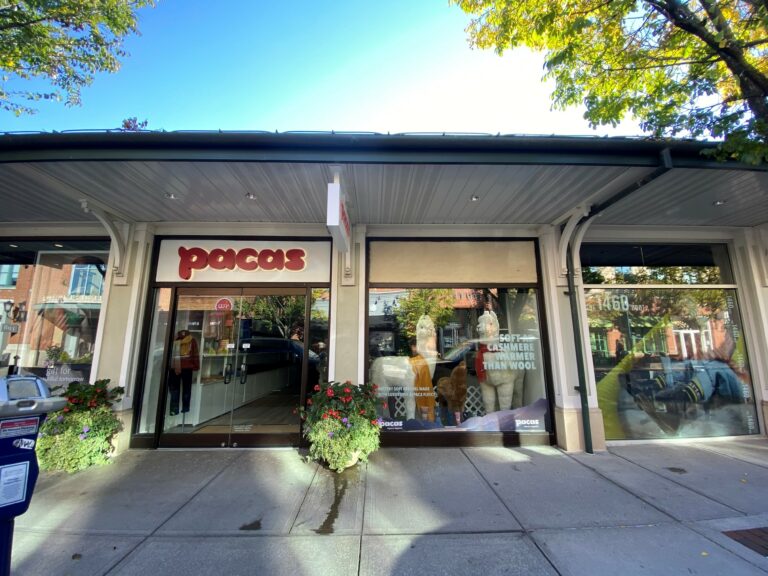 Softness with a Soul: Pacas brings alpaca wool socks and apparel to Easton.

Read More »
October 18, 2022
We use cookies on our website to give you the most relevant experience by remembering your preferences and repeat visits. By clicking “Accept”, you consent to the use of ALL the cookies. For more information on what data we collect, click here.
.
Cookie SettingsAccept
Manage consent