Something New is Brewing at Easton – Welcome Forbidden Root!

A new brewpub has officially planted its roots at Easton’s new expansion! Chicago-based Forbidden Root brings botanically inspired beers and elevated pub fare to the Columbus area. But it’s not just the beer and grub that’s inspired – we sat down with founder and “Rootmaster” Robert Finkel to talk about the creative vision behind this must-visit brewery. Let’s dig in!

Rooted in Tradition
Robert Finkel didn’t start out as a craft brewer; he actually got his start as a venture capitalist, for over 20 years. During this time, as part of his company’s networking activities, he helped create Novemberfest – an annual beer tasting event – which helped turn more than 300 people per year into craft beer lovers. Through these events, Robert gained a love for the breadth, depth and possibilities for the flavor experiences of beer, and loved turning people onto new beers experiences as well.

About six years ago, Robert teamed up with Randy Mosher, a world-renowned craft beer author and recipe savant. Together they developed concepts and flavors for craft beer based on traditionally fermented beverage recipes – before the introduction of hops. “We wanted to architect a beer around an idea of flavor and experience, over a particular style of a beer,” Robert told us.

Into the Woods
Step through Forbidden Root’s doors and it’s like stepping into another world! The two-level, 12,000-square-foot space features wood, leather and metal accents with large, sweeping windows. “It’s industrial meets farmhouse meets apothecary,” said Robert as he described the atmosphere of Forbidden Root. Much of the brewery’s décor is tied in with its botanical and agricultural roots, including the copper hops hanging from the walls.

The two levels seat around 300 people with plenty of spaces to accommodate large groups. The second level will feature its own bar and more lounge-like area with antique and eclectic furnishings. There is also about 3,000-square-feet of brewery space, where notable Forbidden Root beers such as the strawberry basil hefeweizen, double New England IPA and a sparkling rose will be made. The brewery also has a small upstairs patio that will house a hop garden where four varieties will be grown for brewery use.

Full of Flavor
Just like the atmosphere of the brewery, the food will make you feel right at home too! When describing Forbidden Root’s menu, Robert said their goal was to provide comfortable and approachable dishes with a twist! “We want our customers to enjoy themselves and bond with their food and beer. Our food is not pretentious, it’s familiar.”

His must-try menu items? “I would start with our beer cheese dip, made with our house Saison and served with a sleeve of Ritz crackers. And you can’t go wrong with our burger, which layers giardiniera mayo, aged cheddar, onions, bread and butter pickles all atop a brioche bun. You also have to try the milk brined pork schnitzel sandwich!”

To accompany these delicious eats, Forbidden Root has 12 taps, 10 of which are reserved for their own beers, and two are for guest breweries and collaborations. They have already collaborated with Columbus’ own Wolf’s Ridge Brewing to create “Forbidden Wolf” – a cranberry blonde ale. Look for more collaborations on tap soon! 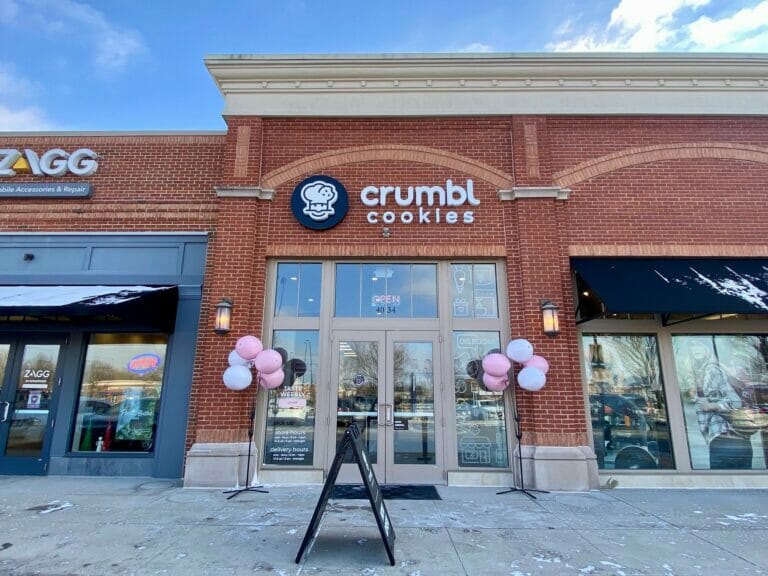 The Happy Returns concept was built on the overwhelming preference of online shoppers to return purchases in person, without the hassle of repackaging, printing a label, shipping, and then waiting for the product to be received before getting a refund. We’re happy to offer the Happy Returns service to Easton guests. Bring your online purchases

Another Broken Egg Café is Here!

It’s breakfast time! We’re excited to welcome our newest restaurant to the Easton family. Another Broken Egg Café is here! Another Broken Egg Café is an upscale breakfast, brunch, and lunch restaurant that specializes in award-winning, Southern-inspired menu options with innovative twists and signature cocktails. It offers a Southern-inspired menu featuring options like Lemon Blueberry

Read More »
January 11, 2022
We use cookies on our website to give you the most relevant experience by remembering your preferences and repeat visits. By clicking “Accept”, you consent to the use of ALL the cookies. For more information on what data we collect, click here.
.
Cookie SettingsAccept
Manage consent