10 Brands at Easton That Give Back in Huge Ways

Here at Easton, we love giving back to our community. Through programs like Change for Charity, the Easton Community Foundation has been able to raise more than $1.3 million for youth and family organizations around central Ohio. We work hard to get the local community involved through events like the Columbus Mac & Cheese Festival, which benefits young adult cancer research at the OSUCCC – James Cancer Hospital and Solove Research Hospital.

Like us, many of our tenants also share a passion and commitment for giving back to the communities they serve. Continue reading to learn how the following Ohio-based brands at Easton are giving back.

This Ohio-based company is proud to say that their business is about more than just chicken, and all about giving people a fair chance at work. Hot Chicken Takeover gives back to the community by employing those who are homeless, were previously incarcerated or who have barriers to employment. Once hired, employees are provided with an array of benefits to help them thrive.

They also recently partnered with Food Rescue US on National Fried Chicken Day to provide 40,120 meals for central Ohio residents. Hot Chicken Takeover was also a Big Give 2017 promotional partner, which raised more than $18 million and supported 906 central Ohio nonprofits!

Jeni’s not only serves delicious ice cream, they also give back in huge ways! In 2017, Jeni’s worked on 14 service projects and contributed $7,664 to local nonprofits. They also participated in The Big Give, where they provided scoops of ice cream in support of the Columbus Foundation. Jeni’s employees also enjoy getting involved, and often hand in their ice cream scoopers to volunteer. A group of employees participated in Pelotonia 2017, and their team raised $14,425 for cancer research at Ohio State University!

Northstar is dedicated to giving back to their communities, especially when it comes to sustainability. They believe in making responsible decisions and giving more than they take. That is why to date Northstar has donated more than $250,000 to support environmental sustainability causes, as well as organizations who share their commitment and beliefs.

If you enjoy shopping at Occasionally Yours, you’ll be happy to know your money is going to a good cause. Each year, they donate to multiple charities including: Vera Bradley Foundation for Breast Cancer, Susan G. Komen Foundation, The Playmakers Foundation, Children’s Medical Center, Children’s Miracle Network, CareHouse, Artemis Center and Clothes That Work.

Piada’s first location was opened in Ohio, and they’re passionate about giving back to their home state. With each new store opening, Piada strives to make a positive impact in the local community. In 2017, Piada celebrated the opening of their Akron location by supporting The LeBron James Family Foundation. Piada was also a promotional partner for The Big Give in 2017.

This Ohio-founded company known for its quirky tees has one goal, and that’s to pay homage. In 2017, Homage was a promotional sponsor for The Big Give, which benefited 906 central Ohio nonprofits. They also recently released a shirt paying homage to Pelotonia, the Columbus-based bike ride that benefits cancer research. All proceeds from these shirts go toward Pelotonia 2018.

Graeter’s is proud to support many charitable organizations within their communities. They are a major donor to The Cure Starts Now Foundation and holds their “Cones For The Cure” campaign every year. Cones For The Cure has raised more than $200,000 to fund cancer research. They also have a seasonal flavor, Elena’s Blueberry Pie, which was created to help raise awareness about The Cure Starts Now’s mission.

While they have a passion for creating delicious sushi, they’re also extremely passionate about giving back to the community. Fusian gives back through efforts such as Sushi In Schools, or their latest COLLAB Series, which entails partnering with local businesses to benefit various aspects of the community. Their latest COLLAB Series is a partnership with fellow Ohio native, Hot Chicken Takeover to benefit Pelotonia 2018.

Part of Melt Bar & Grilled’s mission is giving back to the community, which is why they love partnering with local organizations! They make it easy and free for groups to participate in their fundraising program.

What is your favorite way to give back to the community? Let us know in the comments!

These cocktails come highly recommended by the restaurants and bars themselves. Carefully crafted with seasonal ingredients, you’re sure to find one you love!

Whether you’re busting out your Buckeye necklace, setting your Fantasy Football lineup, or heading out to the big game, we’ve got everything you need to be Game-Day ready. Grab your snacks.Hosting a Game Day party? Our grocers and specialty stores have some of the best snacks you can find. Find a super-unique (and DELICIOUS) snack 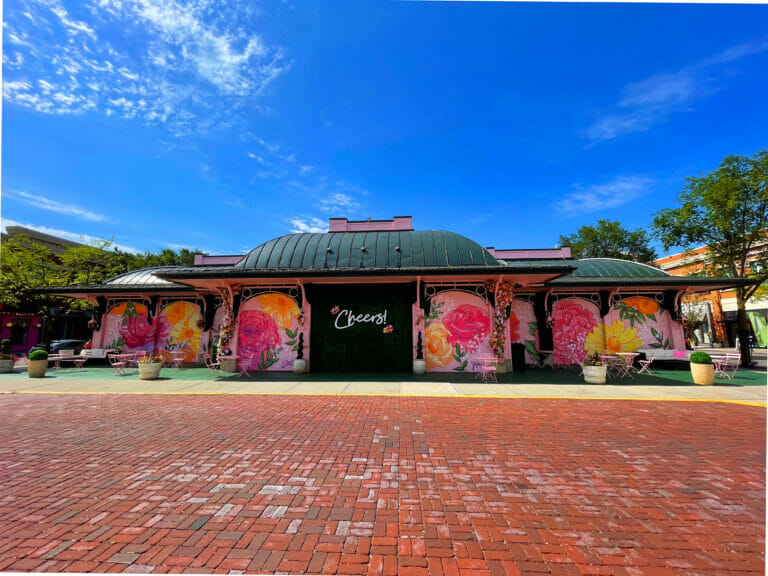 Read More »
September 14, 2021
We use cookies on our website to give you the most relevant experience by remembering your preferences and repeat visits. By clicking “Accept”, you consent to the use of ALL the cookies. For more information on what data we collect, click here.
.
Cookie SettingsAccept
Manage consent